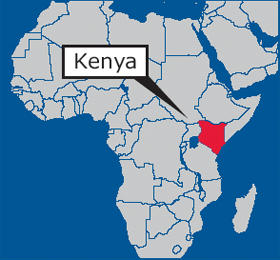 KENYA - September 2016
From a base in Kenya Mark and a team from the UK travelled to several towns and districts for evangelism, pastors conferences and prison visits.

Here is Pastor George with the one of the booklets that were distributed to the local Pastors - these are transcriptions of sermons preached by Pastor Mark.

Pastor Mark preaching at one of the conferences for the local Pastors, providing teaching and leadership training.

The team prayed with a group of people on the shores of Lake Victoria.

Here is one of the churches that the team visited - note the gaps in the metal construction - essential for ventilation in the hot climate.

The team were able to visit a women's prison and distribute toys and essential items. The babies and young children stay with their mothers until age 5 and then they go to stay with relatives.

The team were also able to visit a men's prison and here Mark is preaching to some of the inmates, some of whom responded to the call to give their lives to Jesus. 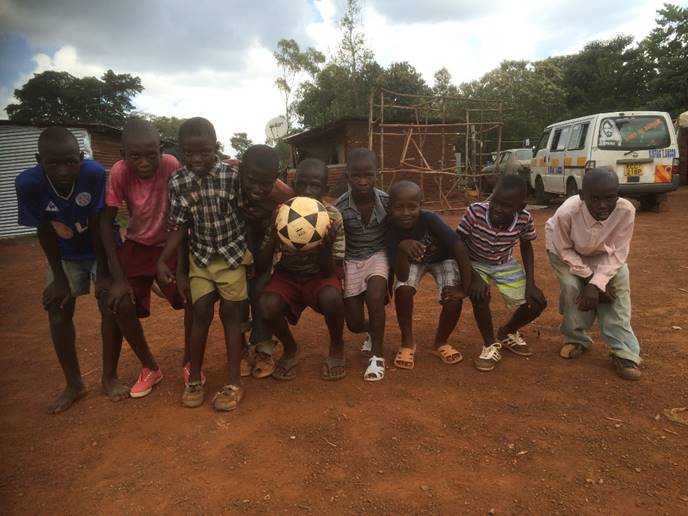 Nigel organised a game of football with these kids, which was thoroughly enjoyed by all.

The team criss-crossed the equator several times during the trip.

The team were presented with locally produced presents. 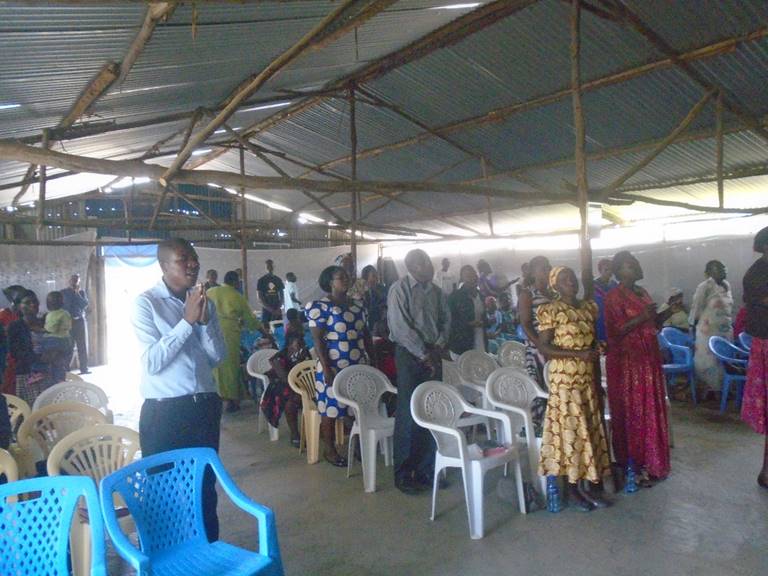 Here is a church service the team went to. 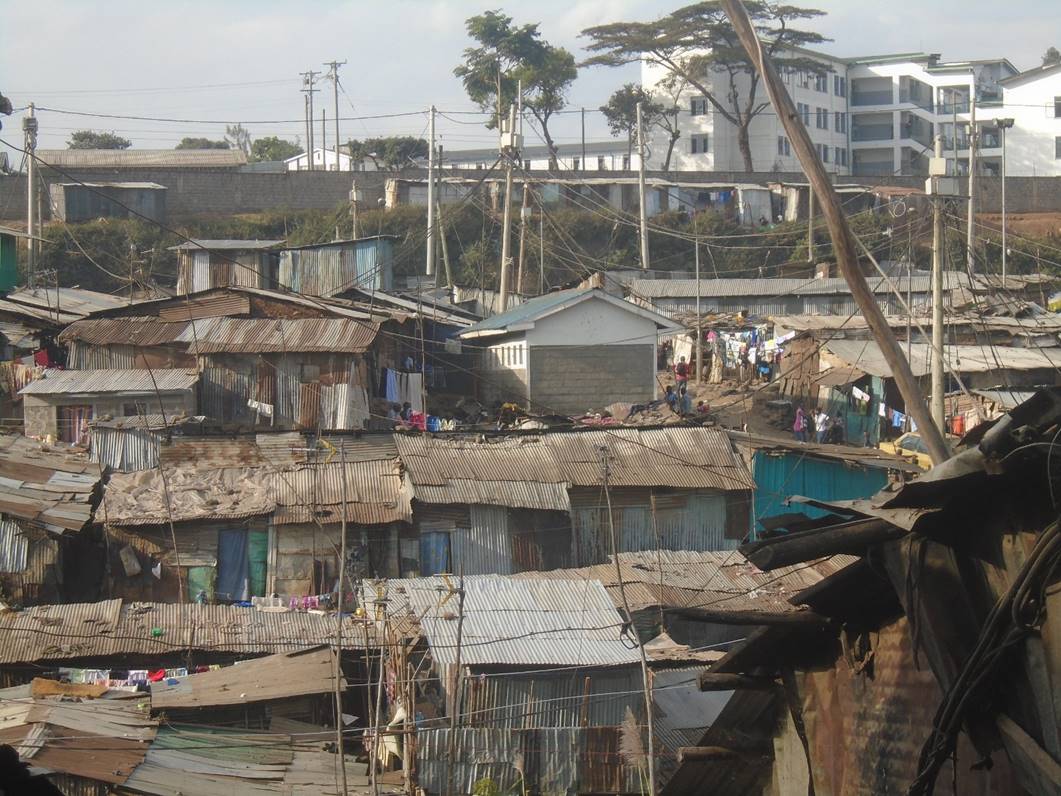 The team visited the Mathare slum, where approximately 500,000 live. It is the biggest slum in Africa. Click here for further pictures and information.

Hungry pastors and many other church leaders eagerly received teaching and literature (for those who could read English) in the five one-day pastors’ conferences spread around the country.

Two were on opposite sides of the capital, Harare, one in a village about 130 miles to the south-east, and two about 150 mile north, very close to the border of Mozambique. The main theme was Christian leadership, which was demonstrated as being character-based, rather than on the worldly skills that so often pass for leadership.

There were opportunities to show the Jesus Film and preach the Gospel, but due to an unusually cold winter crowds were small, although a number still professed faith in Christ.

Distributing literature in a remote village 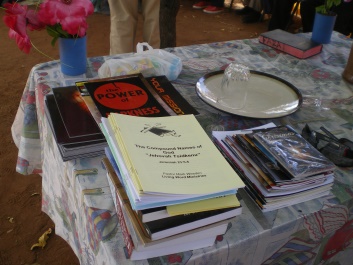 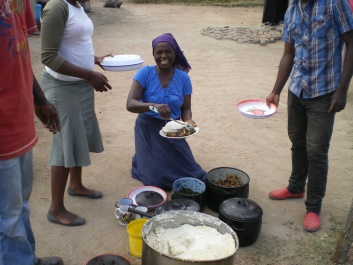 Malawi is known as the “warm heart of Africa”, because of the locals’ friendliness, (and on this trip so was the weather!) Mark’s travels were in the area known as “The Shires” in the southernmost, and most neglected part of the country.

First stop was the Jesus Way School of Evangelism, with a whistle-stop tour through the Book of Romans - explaining the Gospel in a pastoral setting. We were able to donate the special amplifier as shown to a recent LWM prayer meeting, as well as sufficient finance to build a chicken run and buy 20 chickens (food for the students and income from egg sales.)

Then on to Konzere, a village where the local pastor is the hub of many churches and ministries, the focus on this trip being the church’s 10th anniversary celebration, with about a thousand in attendance. Afterwards, a two day pastors’ conference worked through Jesus’ parable of the vine and the branches in John 15, which shows the vital importance of being in a living relationship with the Lord.

Further south to Bangula, near the border of Mozambique, ministry to 140 orphans occurred, and seeing the devastation first-hand of floods last year which swept away houses, railway lines and bridges. On top of this, drought for many months now is bringing great hardship to the locals with a failing harvest, and maize prices trebling.

Children playing whilst the Jesus film was being set up 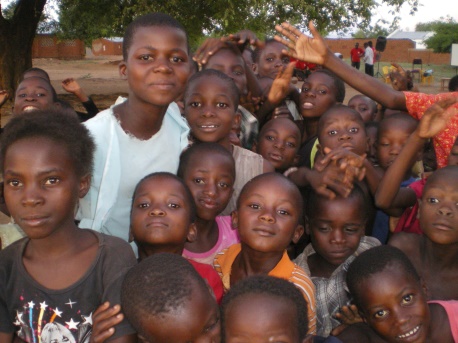 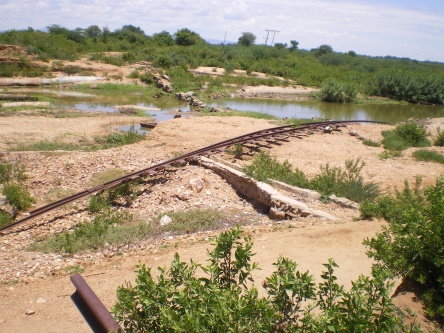 8 Bibles given away and 16 New Testaments

3 prison visits - about 600 toilet rolls given out, and similar number of soap bars, as well as other hygiene items

Humanitarian aid given to orphans