Over a billion people in the world live on less than £1 a day. LWM has involvement with many vulnerable people, including orphans in several countries. Sending a container to show practical help was a step of faith, to trust the Lord not just for financial provision, but also for the supply of appropriate items, volunteers to carry out all the practicalities and where to send it. It was a testimony of how a small team saw answered prayers to enable a group of orphans in Malawi, and local churches and a couple of ministries in the region, to receive material items which would actually benefit their lives and ministries.

A second-hand container was purchased, rather than hired, giving the benefit of storage and (relative!) ease of packing here in the UK, and providing the potential to convert into useful rooms in for the ministry in Malawi. A local company allowed us to use space on their premises for the duration of the project. 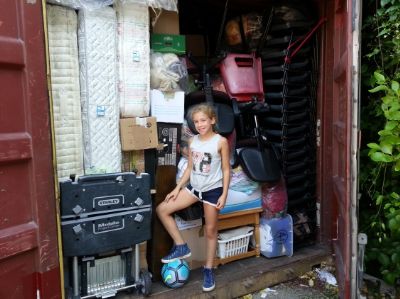 Schools donated table and chairs for primary age children, and uniforms, educational books, exercise books and all kinds of stationary. Many Bibles and Christian books were collected, and furniture of all kinds, including 60 chairs from a local church. Tools were given (electricians, mechanics, gardeners, carpenters) allowing not just for practical help, but the potential for trades for the young men to learn. Also men’s, women’s and children’s clothing and shoes were given in abundance, as every nook and cranny in the container were filled. 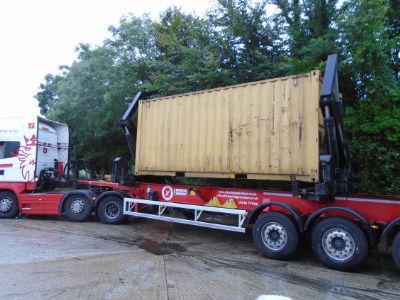 The ministry who received it were “Love in Action” Ministries, in Bangula, Malawi who care for 120 orphans from their “Calvary Feeding Centre.” One LWM member here really had on their heart to provide a toothbrush for every orphan. Without any planning, when the inventory was finally checked, there were found to be 120 toothbrushes donated! This was just one of the many instances of specific answers to prayers. God is good!

This trip was probably the most extraordinary of all LWM’s trips so far. Only God can measure effectiveness, but the anointings, sheer amount of ministry and response of people was overwhelming. God, in His grace, has generally used the trips powerfully, but here a few events stand out above others. Many Christians believe Jesus will return soon. A message was preached on the Parable of the Ten Virgins, which the hearers deemed prophetic, warning of the nearness of the Lord’s return, the need to be ready, and the door being shut to those who were unprepared.

Another conference, with planning over-ruled, focused on the signs happening now as indicators of the nearness of his return, and most powerful of all, a third conference saw a gripping challenge and response to national evangelism. The Great Commission is still the only commission which Christ gave to the Church.

Authorities vary on the exact ranking, but there seems to be a consensus that Malawi is the third poorest country in the world. How wonderful for a container to arrive in one of it’s poorest areas, where there are so many challenges – heat, droughts, crop-failures, less-than-helpful bureaucracy, and African time(!) the container did arrive, but late due to various hold-ups. What rejoicing when it came though, with help for pastors in Mozambique as well as Malawi, orphans and several ministries.

Ministry also took place in a pastors’ conference and at the only School of Evangelism in the country, and further work for translation of sermon booklets was organised.